Hack:  a quick or inelegant solution to a particular problem: to gain unauthorized access to a system.

There are certain almost romantic connotations to hacking; the image of a bespectacled geek helping a glamorous heroine to discover a criminal conspiracy with just a laptop and a command prompt.

In the hi-tech area of ATMs, hacking has become a sickening and, in many cases, a life changing reality.

There has been a huge upsurge in ATM fraud; an increase of almost 20% in the past year, and despite the best efforts of  banking anti-fraud squads and the newly set up Police Cheque and Plastic Crime Unit, (CPCU) It’s still a growing problem.

One of the most invasive (and successful) attacks is in the form of ‘black boxing’ which involves physically breaking into the machine and disconnecting the dispenser from the core. The attackers can then connect their own device and order the dispenser to empty. 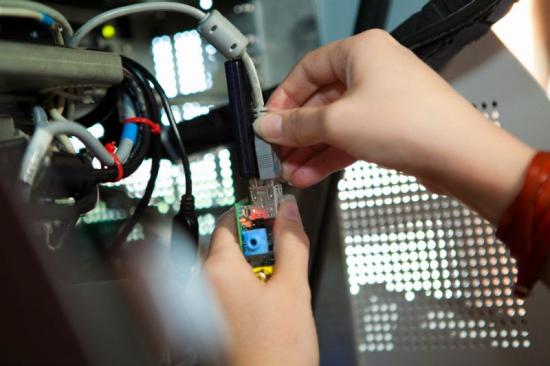 This method is quick and sophisticated, very difficult to detect and in most cases, bypasses the security protocols of banks, although criminals often favour independent ATMs as these systems don’t have the network security of a the high street banks.

Less sophisticated but just as devastating attack is cash trapping. These simple devices slot into the cash dispensers and catch (or trap) the cash. The fraudsters then wait for the frustrated customer to give up and leave, then yank the trapper clear along with all the cash.

Whilst nuisance crime to some, there is no denying the damage done to the relationship between the cash vendor and the customer.

It’s the same effect as having your card cloned in a shop or petrol station. Whilst the chances of it happening again are remote, the likelihood of you taking that risk is just as slim.

While it would be overly optimistic to suggest that banks and independent ATM providers are winning the war against the organised crime gangs, vigilance, surveillance and active presence still remains one of the best weapons in the financial sector’s arsenal.

Although it has to form part of a multi layered prevention strategy which aims to safeguard the operating system, the hardware and network vulnerability.

This cautious optimism has darker connotations. As opportunities to exploit the ATM decrease it goes without saying that the fraudsters become ever more aggressive and co-ordinated

Crime, particularly cyber-crime, will always be an issue and whilst no computer is un-hackable and no safe un-crackable, the success lies in making these things so costly and time consuming to break into that the criminals simply don’t bother.

Cash related fraud cost the UK economy £32.7 million in 2015 so making sure your ATMs are up to date with the latest anti-fraud technologies is a fundamental part of your wider security strategy.

Anti-cash trappers and black box cables are two of the most cost effective counter-measures available and significantly cuts down on financial losses as a result of ATM estates.

Contact TestLink today to learn more about our security proucts and services or to discsuss your our ATM solution needs.